So i was given the chance to try a new script called devilscript.

deVilbaT is the Author of the creation and as you can see through his work he loves scripting. He has many features that people are looking for in a script. It has a general dialog which allows for customization to fit your own personal needs, Has a variety of protections and huge kicks and bans list. this script was very well thought out and deVilbaT wanted the best in this IRC script. This script also has its own updates which once deVilbaT has redone or updated anything on the script you will be notify of new updates!! So in my best opinion this script has fantastic dialogs and awsome protections plus various customization features 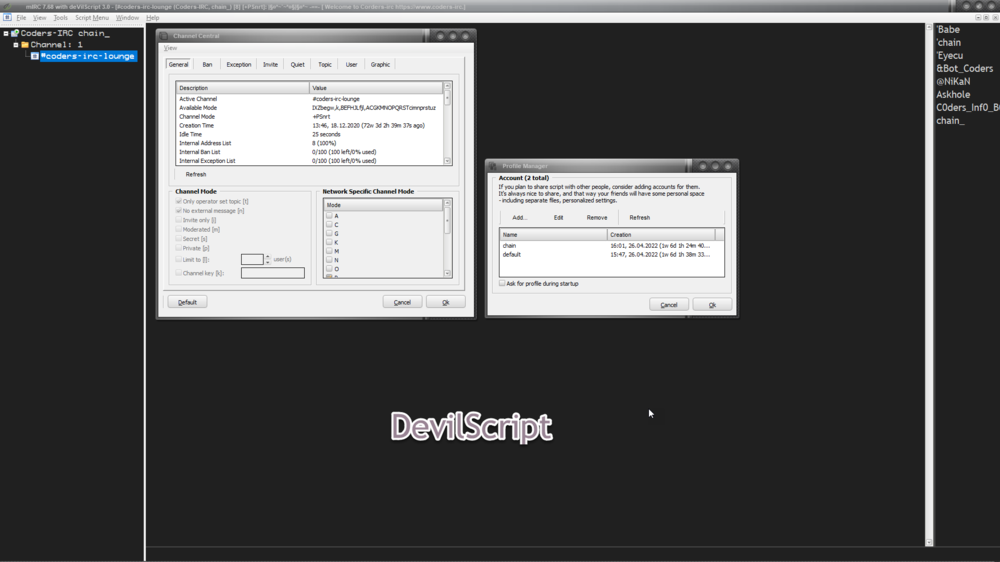 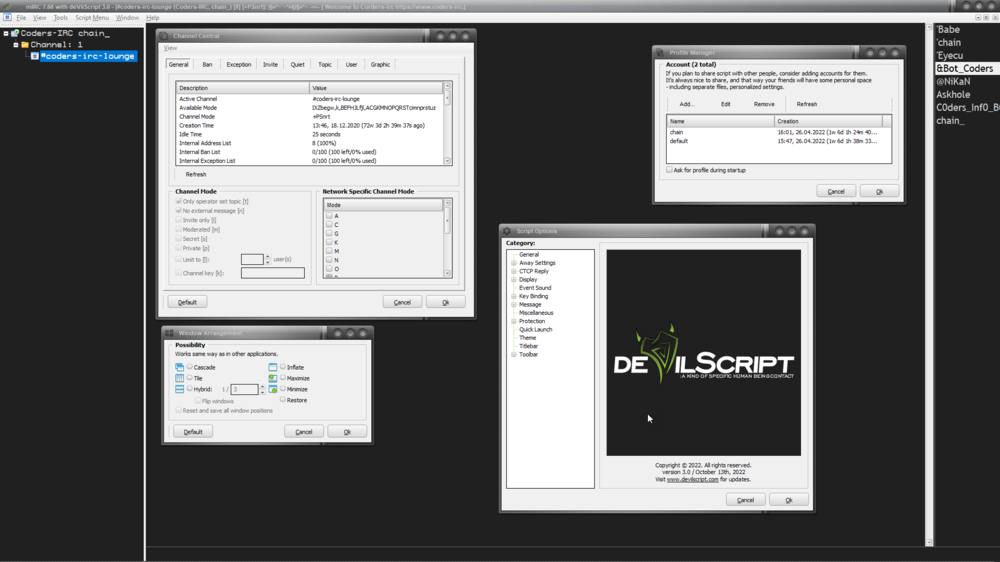