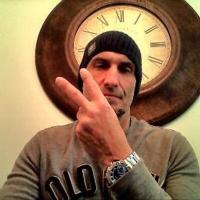 Facebook released its internally-developed Pysa security tool. Based on the open-source code of Pyre project, Facebook designed Pysa as a static code analyzer. The tool specifically looks for security bugs, unlike most other analyzers. Facebook decided to opensource the tool after witnessing its success in security Instagram. The tech giant’s internal team used the tool for identifying various bugs. Sharing the details of the tool in a post, Facebook stated, Attribution...

Here I have added my IRcap script that i use from time to time and the version I'm using is 8.72so far I have add no issues with anything and its quite user friendly. for beginner's I would say take your time and play with it on a friendly server in your room. But other then that I have to say its a great script and has many features added to it.

Latest News mIRC 7.63 has been released! (August 17th 2020) This is a small update that addresses a number of issues reported by users since the last release. It includes improvements, changes and fixes to a number of features, including: Fixed Control+Break key bug that was causing mIRC to crash for some users. Fixed tray tip display bug that caused close box to be displayed incorrectly. ...

6 users in the last 15 minutes.
We use cookies to ensure you get the best experience on our website. Learn more